Ai Editorial: In an era where anything around personal information handling practices is being given a priority, the future plans for Libra are being probed, writes Ai’s Ritesh Gupta

It was in the second quarter of this year when Mark Zuckerberg reportedly mentioned: transferring money online needs to be as simple as sending photos.

Ever since the related news i. e. the launch of Libra has emerged, it has created uproar for sure.

Politicians, regulators, data privacy specialists…the list is a long one, but they all have shared concerns or asked for a deeper probe into the plans behind Libra. For the record, Libra isn’t Facebook's cryptocurrency. It is an initiative of The Libra Association. It is an independent, not-for-profit membership organization, headquartered in Geneva, Switzerland. 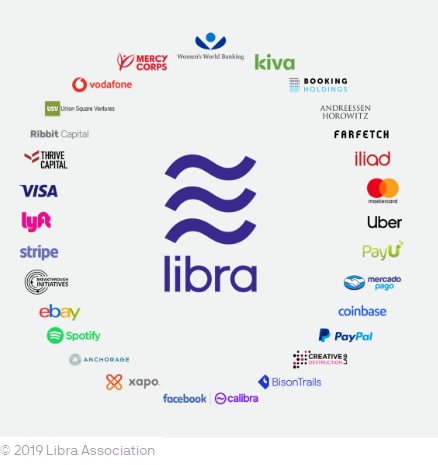 For its part, Facebook, a founding member of the Libra Association, also announced the creation of its subsidiary, Calibra, which would participate in the Libra Blockchain.

The association has underlined that its goal is to pave way for a “simple global currency and financial infrastructure that empowers billions of people”.

Libra is made up of three parts that will work together to create a more inclusive financial system:

Room for a new, secure and trusted framework

Highlighting the issues faced by consumers, Libra Association says people with less money pay more for financial services. Hard-earned income is eroded by fees, from remittances and wire costs to overdraft and ATM charges, it adds. The association states that blockchains and cryptocurrencies “have a number of unique properties that can potentially address some of the problems of accessibility and trustworthiness. These include distributed governance, which ensures that no single entity controls the network; open access, which allows anybody with an Internet connection to participate; and security through cryptography, which protects the integrity of funds".

Acknowledging that the current blockchain systems have yet to reach mainstream adoption, it explains that mass-market usage of existing blockchains and cryptocurrencies has been hindered by their volatility and lack of scalability, which have, so far, made them poor stores of value and mediums of exchange. “Some projects have also aimed to disrupt the existing system and bypass regulation as opposed to innovating on compliance and regulatory fronts to improve the effectiveness of anti-money laundering. We believe that collaborating and innovating with the financial sector, including regulators and experts across a variety of industries, is the only way to ensure that a sustainable, secure and trusted framework underpins this new system. And this approach can deliver a giant leap forward toward a lower-cost, more accessible, more connected global financial system,” it adds.

Facebook is just one partner in this global payments system.

Some of the members that are behind the initial stages include: Mastercard, PayPal, Stripe, Visa, Booking Holdings, eBay, Facebook/ Calibra, Vodafone Group, Anchorage, Bison Trails, Coinbase etc. In addition to these, there are firms (venture capital firms, and non-profit and multilateral organizations, and academic institutions).

Media reports and news clips featuring established media organizations have indicated that the going hasn’t been easy for Libra over the past two months. Questions that have emerged are:

Some of the issues were jointly raised by the representatives of the global community of data protection and privacy enforcement authorities, collectively responsible for promoting the privacy of earlier this month. The list included Information Commissioner United Kingdom, Commissioner of the Federal Trade Commission USA, Privacy Commissioner Canada among the others.

A report by bbc.com has indicated that Facebook “would need to apply for a licence in any country where it wants to offer Libra as a payment tool”. It would be on the company to ensure that there is a provision to “stop money laundering, and the financing of terrorism…”

Hear from senior executives about the blockchain technology at the 8th Annual ATPS Asia-Pacific to be held in Penang, Malaysia (27-29 August, 2019).